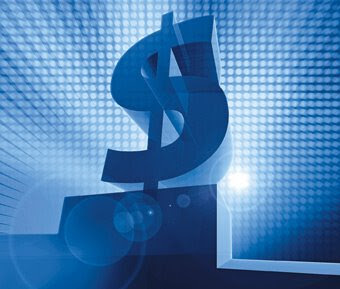 On Monday, I posted a note about a new program from the Highland Street Foundation to pay for free museum admission on Fridays at various Massachusetts cultural institutions during the summer. There are similar programs in other cities, such as Target Free Fridays, not to mention more traditional access programs like student discounts or rush tickets.

These strategies are certainly welcome antidotes to the often eye-popping prices of mainstream big-ticket arts events. In essence, arts organizations already pursue price discrimination to a significant degree, making it possible for both high payers and low payers to experience the art by having the former effectively subsidize the latter. But the instruments used to identify such consumers are quite blunt, aren’t they? I mean, take senior discounts for example. Sure, many elderly folks basically live off of Social Security and aren’t in a position to pay $200 for a seat in the orchestra section. But on the other hand, many of the museum’s or the opera’s biggest individual donors are probably over 65. They certainly don’t need a senior discount. Or take the free Fridays – it’s pretty easy to imagine a family that was planning to come on Saturday deciding to go on Friday instead to save some cash. In that scenario, the foundation’s grant amounts to little more than a boost to that family’s expendable income. Is that the most efficient way to accomplish things?

If this is really about expanding access to the arts, why not make tickets income-sensitive? All of this classifying and filtering of customers into students, seniors, non-tourists, etc. basically amounts to a guessing game about their income. If a customer exhibits certain behavior or characteristics, the logic goes, s/he is more likely to be in need of subsidization. But why not just go to the source?

Educational institutions have this down to a science. Instead of guessing about students’ financial situations, they have the students and their parents fill out a series of federal and school-specific forms and submit their tax returns, so as to make a determination about just how much financial assistance each faimly really needs. Invasive? It sure is, but considering the amount of money to be saved, I don’t hear too many people complain about that. And hey, no one’s holding a gun to anyone’s head to apply for financial aid. (For the record, I was able to attend Yale College at an approximately 80% discount thanks to that institution’s generous financial aid program, which has only become more generous in the intervening years. If I were a student there today, my parents probably wouldn’t be paying a thing.)

Here’s how this could work in the arts. A city-wide agency, like the local cultural council, could offer an “Art Card” to all residents. Eligibility would be based on financial aid criteria like that described above, particularly tax returns. This information would be fed into a formula that would then be connected to the resident’s account with the city agency. The Art Card would then act something like a supermarket loyalty card for its holder, with a preset individualized discount off of any posted price for participating organizations. So say I want to go to City Opera. I buy a $50 ticket, present my Art Card to the box office or the website form, and am told that my price for this ticket will be $37.16 based on my personal financial situation. This setup would be expensive to implement, but it would be fundamentally fair — and would have the additional benefits to participating organizations of allowing them to dispense with other hard-to-verify discounts and raise prices on their highest-income customers (just as colleges and private schools have been doing with tuition for years). It also benefits residents and extracts value from tourists, something any local government should be able to get behind. And if institutions are reluctant to play along, the city could always make participation in the program a requirement of receiving grant funds (at least for its largest institutions).

I realize that there are some potential holes to be plugged, but I’m interested to know what people think. Is there any reason, besides political will, why something like this couldn’t work in practice?