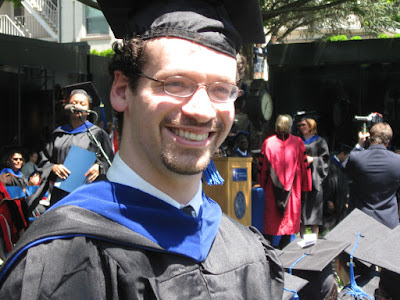 Createquity began in October 2007 in large part as a vehicle for me to share the novel experience of business school from an artist’s and nontraditional student’s perspective. That experience ended today, as I officially received my Master of Business Administration degree from the Yale School of Management, but Createquity will live on. Though the blog may have gotten a bit quiet while I was getting ready for the big graduation, I have plenty of exciting treats planned for the next couple of weeks. Some of the juiciest goodies in store include a wrap-up of my public policy and the arts independent study, a reflection on the most important things I learned in business school, a look at what “sustainability” means for the arts, and the start of a new series taking a close look at key arts policy and management texts and what they tell us about how to do our jobs.

And of course you’ll also continue to receive timely updates from the field via the Around the Horn series, of which this post is merely the latest episode!