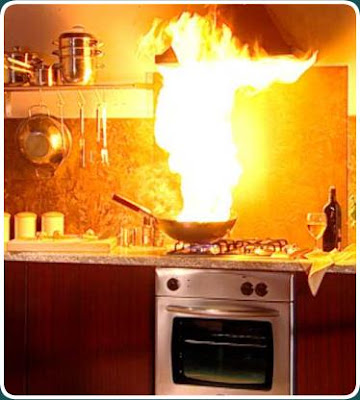 And so it begins. Now that Republican opposition to the American Recovery and Reinvestment Act of 2009 is solidifying, political conservatives in the Senate are beginning to use the $50 million in NEA funding that was in the original design of the bill (and the version that the House passed) as a pawn for negotiations. Meanwhile, other priorities apparently take precedence.

My Favorite Thing That Is Getting as Much Money (50 Million Dollars) as The National Endowment for the Arts in H.R. 1, the American Recovery and Reinvestment Act of 2009

My Favorite Thing That Is Getting Twenty Times as Much Money as The National Endowment for the Arts in H.R. 1, the American Recovery and Reinvestment Act of 2009

Expenses necessary for the manufacturing of advanced batteries

For veterans of the creative industries older than me, this week is no doubt invoking some unpleasant memories. The 1990s brought a firestorm of criticism from cultural conservatives upon the NEA, culminating with the loss of 40% of its funding in 1996 and a lawsuit that went all the way to the Supreme Court.

Yet in the decade since, a lot of conversation has taken place around the arts’ unique value to society. Beginning with Richard Florida’s The Rise of the Creative Class and continuing with research into cognitive effects of arts learning and the RAND Corporation’s articulation of intrinsic and instrumental benefits of the arts, suddenly the arts no longer seemed the uninvited guest at the intellectual cocktail party. Perhaps no argument has gained as much steam as that of the creative economy: the idea that the arts and allied for-profit industries play an essential, even central, role in the 21st-century business paradigm. Certainly, it’s the most compelling case for this particular moment. As Ben Adler writes in The Atlantic:

In their search to find programs upon which to rest the complaint that the stimulus bill is too generous, some conservatives have seized upon one of their favorite whipping boys: the arts. “Even [House Republicans] can’t quite believe it… $50 million for that great engine of job creation, the National Endowment for the Arts,” declared Rep. Mike Pence (R-Indiana).

Pence intended to be ironic about the NEA’s role as an engine of economic activity. But he could have been sincere, since his comments were right on the money. Arts are actually a great form of economic investment, particularly public art, and they should be amply funded in the stimulus package. Every year nonprofit arts organizations generate $166.2 billion in economic activity, support 5.7 million jobs, and send almost $30 billion back to government, according to Americans for the Arts. There is hardly a person more likely to go out and spend her stimulus check than a starving artist.

I participated in a discussion on Daily Kos this morning that gave me pause. Even at this liberal bastion of opinion, there were one or two posters who were skeptical about the need for the arts to be included in the stimulus package. When pressed on this point, one of these asked straight up, “what is the economic multiplier associated with the arts?” I had to concede that I didn’t know. For all the pretty numbers in the Americans for the Arts economic prosperity reports, they don’t really tell us all that much beyond the fact that the arts are a big deal. Sure, they induce local spending, but how do we know that other industries wouldn’t do the same? How much of people’s spending on the arts is new spending, and how much is simply money that would be spent on something else if the arts weren’t there?

Arlene Goldbard has received some attention recently for her two-part essay The New New Deal on the Community Arts Network. After offering a number of interesting policy suggestions that would collectively cost a hell of a lot more than $50 million, she advises, “If we succeed in getting a real dialogue started about public cultural policy, it will be because we’ve enlarged the conversation beyond special-interest pleading, one among many weaknesses that have limited the effectiveness of mainstream arts advocacy….We need to make a strong argument for cultural democracy and community cultural development, using multiple realms of knowledge to show how this work advances essential public policy goals.” Goldbard cites nine “powerful” arguments in favor of government support of the arts, as follows (arguments elaborated upon in linked document):

1. Things are changing in a way that elevates culture’s role.

2. Community arts contribute powerfully to community development; they are essential to success in remaking damaged communities.

3. For our brains to serve the future, we must develop our creative imagination and empathic capacities through arts participation.

4. Culture is the balm that can begin to heal social injury, allowing us to face each other across every barrier that creates distance and objectification.

6. Cultural action creates the container that enables people to face each other and enter into dialogue even about the most polarized, heated issues.

7. Marketplace culture, dominated by the commercial cultural industries, is skewed in ways that counter democratic cultural values; the public interest can bring balance.

9. Arts participation develops our capacity to envision, dream and shape the future we desire.

Here’s the thing: all of these statements may, in fact, be true. As an artist myself, I am predisposed to think that they are true, and some of my own experiences match with these claims. However, my anecdotal impressions, even combined with others’ similar and similarly subjective opinions, does not a sound public policy make. While it’s hard to evaluate a claim like “Things are changing in a way that elevates culture’s role,” some of these ideas do in fact lend themselves to empirical study. Take #2 for example. There’s already a bunch of great work at the University of Pennsylvania on the arts and community revitalization [ed.–which Goldbard links to at the the bottom of her essay]; we need more of this research to establish causality and understand the effects with more granularity. Or #8 – cultural participation creates a low threshold for civic involvement. Well, does it? Are arts participants more likely to be civically involved in other ways besides attendance at arts events? And if so, which comes first? Or how about the social injury question, #4? Let’s make a list of major cultural schisms around the world involving large distinct populations that have resolved themselves positively in the past 20-30 years, and try to determine the role or lack thereof that the arts played in each case. Bonus points if said role involved government expenditures on arts organizations and infrastructure rather than individual artists working on their own or through the commercial entertainment/media industry.

A daunting task, to be sure. But I would argue that the key to changing the conversation about the arts does not lie in finding new talking points that are, at their core, based on the same old assumptions. The key lies in finding and generating data to back up (or disprove) those assumptions that we have all been using. And not just superficial counting measures, but rich, intelligent data — data that looks at the quality of arts experiences in addition to the quantity, data that considers creativity in all its forms rather than that housed in one corner of our tax code, data that compares the arts with potential substitutes, alternatives, and complements. Because at the end of the day, if we don’t come up with some hard facts with which to confront the skeptics, we’re never going to escape this eternal he-said (the arts are great) she-said (the arts are cesspools of immorality) conversation.