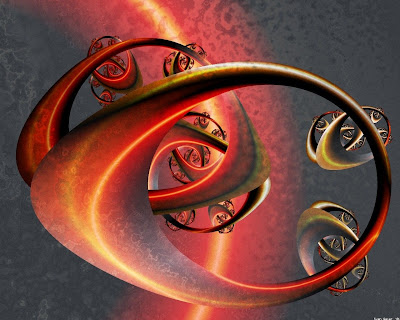 …Which brings us to systems like SonicLiving, a live concert database that draws on my iTunes library and Pandora radio stations to suggest upcoming shows in my town. In a few short steps, the system flagged three upcoming concerts by favorite artists that I didn’t know about (because I honestly wasn’t looking). Then it let me flag my interest in those shows, share that interest with all my Facebook friends through its Facebook application, and buy tickets if and when I felt like it.

Instead of me diving into the mass of options in my local paper, on Ticketmaster, or in other oceans of random listings, SonicLiving draws on the choices I’ve already made to curate opportunities for me.

This particular system lacks a comprehensive events database (as does the larger world). But it holds enough events to immediately serve its purpose.

For years now, I’ve heard kvetching about the lack of a combined concert calendar/events database in the world. There have been many attempts, some focused around specific disciplines such as the American Music Center’s new music concert calendar, some general in nature such as Upcoming, some that aggregate from other sites using a crawler such as zvents.com, and so on. Perhaps the one with the most promising potential was Myspace Events, but anyone who’s tried to use the Myspace search engine can tell you how much of a dead end it is.

The problem with all of these sites is that none of them are enough on their own. If I’m a concert promoter, I have to submit my event in a million different ways to each event listing site in the hopes that their little corner of the internet will see it. No one website has a single dominance over event listings, and therefore it’s impossible for any one of them to get enough scale such that a ton of extra work on my part isn’t necessary. Meanwhile, none of these sites are potentially all that useful because they’ll either (a) miss some genre of music or category of event that you’re interested in; (b) only cover one geographic area, leaving you in the cold if you’re traveling or move; or (c) contain so much data that it’s impossible to find anything unless you already know what you’re looking for.

Fortunately, there is a simple solution to all this, just waiting to be implemented, and it involves no radical new technology:

Develop an RSS-type protocol for event listings. When set up my Thunderbird client to receive blog postings via RSS feed, I choose for myself which blogs to follow. Some of them are primarily the original work of one individual (e.g. Kaetlyn Wilcox). Others are the official work of one particular institution (e.g., The Chronicle of Philanthropy). Still others filter and curate content from around the web and present them to me in one convenient package (e.g., ArtsJournal).

If Google, Apple, or another industry giant developed and/or adopted a standard RSS protocol for events, we could all basically develop “baskets” of event feeds for ourselves. Each provider would simply publish their own feed, and others would pick them up according to taste. For example, I might subscribe to the event feeds of Radiohead, Jerseyband, Toad’s Place (local New Haven club), Firehouse 12 (local jazz club), WNYC Radio, and Time Out New York. Each of these would show up in my RSS reader in a standard format telling me where the event is, when it is, what’s happening there, and where I can buy tickets. If it’s compatible with the iCal standard, I could pick out events that I liked and import them into my Outlook or Google calendars with a click of a mouse. It would be relatively simple for giant aggregating sites to finally document comprehensively the full extent of event activity in the world, the event equivalent of technorati.com. Your event feed (either the one you generate yourself or your combined feed representing your editorial choices) could be plugged into your Facebook page, and friends could indicate which ones they’d like to go to with you. Best of all, as a musician, there would be no more need to publish your event details on dozens of different calendars. You would just have to publish your feed and then try to get others (including the proprietors of other feeds) to subscribe, much as you would as a blogger.

There’s already movement in this direction. Drew McManus gets close to the solution in a post from earlier this month:

In the past year alone, I’m sure everyone has noticed the seemingly exponential advancements in how new media platforms offer tools to aggregate and distribute information with minimal administrative oversight. As a result, it isn’t difficult to imagine that the necessary elements to bring all of this together are right around the corner.

Ultimately, all it really takes is someone with the time to write the template/plugin code that adequately automates the necessary input/output tasks and someone to take advantage of it. All it takes is one successful endeavor and it will snowball to a point of ushering in a new wave of community based cultural calendars that improve accessibility for all arts groups.

Lisa Hirsch, who works as a technical writer for Google, responded in that thread that this is a “solved problem,” and pointed out that anyone who wants can just make a public Google Calendar that aggregates the content from other Google calendars. This is not an optimal solution, though, for several reasons. First of all, the Google Calendar is hardly a universal standard in the way that RSS has become in the last couple of years. Secondly, combining more than a few calendars together on Google makes the application horribly slow. And finally, many of the more advanced uses that I described above are, to my knowledge, not yet possible using Google Calendar. This is probably as close as it gets, but it doesn’t seem like it provides the individual notification of each new event the way you’d get from an RSS-like feed (and it’s also not possible to take advantage of it if you don’t already use Google Calendar, thereby limiting the appeal for reasons mentioned above).

Unfortunately, I am not as on top of trends in technology as I am of those in cultural policy. Anyone have thoughts on what it would take to make something like this happen?