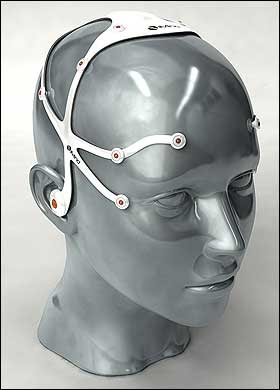 Back at the beginning of the semester, I promised that by mid-October I would have “cracked this nut” with regard to economics, with the help of a course called Behavioral Economics and Strategy that I finished up this past week. Well, I’m not sure I can quite make that claim after all. But I don’t feel so bad, because it seems to me that even real economists don’t know what the hell is going on in their field right now. “There are many things I do not understand about the financial crisis,” admits Steven D. Levitt, author of Freakonomics (and whose work on race and economics took up two lectures’ worth of our class time). A panel of faculty experts convened at SOM to talk about the situation in the markets didn’t seem to have much in the way of answers beyond the fact that “fundamentals of the economy” and “strong” did not belong in the same sentence. (A student asked “where are the industries that are the US’s strength?” and was told “uhh….financial services? Sorry…there is no place that is creating wealth that I’m aware of.”) Even Alan Greenspan, the guru of free markets, was forced to admit this week that he was smoking something all these years:

But on Thursday, almost three years after stepping down as chairman of the Federal Reserve, a humbled Mr. Greenspan admitted that he had put too much faith in the self-correcting power of free markets and had failed to anticipate the self-destructive power of wanton mortgage lending.

“Those of us who have looked to the self-interest of lending institutions to protect shareholders’ equity, myself included, are in a state of shocked disbelief,” he told the House Committee on Oversight and Government Reform.

“You had the authority to prevent irresponsible lending practices that led to the subprime mortgage crisis. You were advised to do so by many others,” said Representative Henry A. Waxman of California, chairman of the committee. “Do you feel that your ideology pushed you to make decisions that you wish you had not made?”

Mr. Greenspan conceded: “Yes, I’ve found a flaw. I don’t know how significant or permanent it is. But I’ve been very distressed by that fact.”

On a day that brought more bad news about rising home foreclosures and slumping employment, Mr. Greenspan refused to accept blame for the crisis but acknowledged that his belief in deregulation had been shaken.

Folks, when Alan Greenspan says there’s something wrong with free-market economics, it’s time for the entire field to take a look at itself in the mirror and ask WTF. As I’ve posted before, our introductory economics textbooks teach that any attempt to mess with the natural interaction of the markets leads to what’s called “deadweight loss,” essentially economic waste resulting from transaction partners who can no longer make trades because of interference from an outside party. This analysis rests upon the assumption that any nonregulated market will naturally, on its own, find a price equilibrium that works for the maximum number of people. That analysis rests upon an assumption that both producers and consumers are monolithically rational across the board, and furthermore, are smart enough to take advantage of arbitrage opportunities that would result from people not behaving rationally in the marketplace.

What we learn in behavioral economics, however, is that producers and consumers act irrationally all the time, and yet arbitrage doesn’t happen. Unlike neoclassical economics, behavioral economics is built upon actual observation of human behavior instead of theoretical models that may or may not have any basis in fact. In fact, traditional economists’ typical MO is to justify seeming anomalies after the fact by trying to find a rational explanation for them. Behavioral economics, by contrast, declines to take rationality as a given and instead looks to psychological research to identify any number of mental hiccups that human beings display on a consistent (though not universal) basis: optimism bias, confirmation bias, the endowment effect, loss aversion, hyperbolic discounting, just to name a few. The idea that such biases wouldn’t find their way into marketplace decisions on a large scale, thus undermining the very assumptions that form the foundation of the free-market philosophy, seems ludicrous to me–wishful thinking in itself, perhaps. And indeed, we looked at a number of examples of actual, functioning, competitive marketplaces in which price shrouding induced consumers to make suboptimal decisions all the time–and yet no self-correcting white knight came in to save the day. A study we read looked at brands of dishwashing detergent that held on to a niche of the market despite performing less effectively than their competitors. Or consider the puzzle of title insurance, an industry that carries what appears to be a 96% profit margin for insurance providers, yet persists due to widespread consumer adoption.

Any artist can tell you that human beings are complicated creatures, often prisoner to emotions and frequently acting in ways that could be characterized as not particularly intelligent. Cognitive science basically says the same thing. How long will it take economists to catch up?