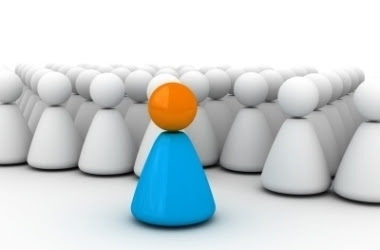 In the week since I posted my thoughts on compensation of support employees in the nonprofit sector, the entry has been Facebooked, LinkedIn, Twittered, re-blogged, and emailed to the point that it is now the second-most-viewed Createquity post of all time (and fast gaining on the leader, Got Milk?). It’s no coincidence, I suspect, that the topic of Generation Y in the workplace provoked such a storm of activity on social media heavily used by Generation Y. Although I wasn’t talking exclusively about Generation Y in that post (some support employees, after all, are veterans of the trade, though this is seemingly becoming less common), my thoughts were certainly informed by my own experiences as a twentysomething entry-level employee in several nonprofit organizations as well as the stories of a number of my peers.

For this post, my thoughts were further informed by my own experience, albeit more limited in scope, managing others. Managing employees is a skill in and of itself, and one that is seldom taught, not even (surprisingly) in business school. After all, most people who ascend to management positions, particularly at smaller organizations, do so because they are good at their previous jobs—jobs that often don’t involve managing others—not necessarily because they are good managers. So, I offer the following ten suggestions with a deep respect for how difficult the art of managing, especially in an under-resourced environment, can be. My hope is that those who read them will find therein ideas and inspiration for forging stronger, deeper ties with the young employees who represent the future of their organizations, and of the sector as a whole.

Ten Strategies for Engaging Generation Y in the Nonprofit Workplace

As you can see, the above suggestions follow a certain order: certainly, you wouldn’t necessarily want to give a fresh-from-college hire a golden key to your organization’s Twitter account on his first day. But it doesn’t take that long to tell whether an employee has a future with the organization that’s hired him. And if it’s determined that he does, the above steps will help ensure that his talents and ideas are leveraged for the organization’s maximum benefit, rather than left to die on the vine. It should always be an organization’s ambition, whenever possible, to turn an entry-level employee into an emerging leader.