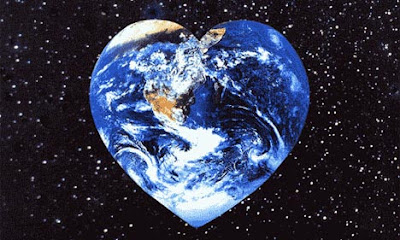 It’s true: I participated in the infamous unfinished performance of Nathan Currier’s Gaian Variations at Avery Fisher Hall exactly five years ago today. I was there, on stage, when Harold Rosenbaum calmly closed his music folder, turned around, bowed to the confused audience, and walked off stage, four movements before the piece was supposed to end. It was one of the weirdest moments of my life. Now that it’s also the subject of a lawsuit against the Brooklyn Philharmonic (yes, the same Brooklyn Philharmonic that just decided to cancel its entire 2009-10 season due to money problems), I thought it might be a good idea to clear up some factual confusions regarding the event that are making their way around the ‘net.

First, the Brooklyn Philharmonic did not commission or present Currier’s piece. I am not intimately familiar with the details of the arrangement, but the piece was put on by an organization called the Earth Day Network in what appears to have been a fiscal agent relationship, with financing for the project coming from the Jerome Foundation, New York State Council on the Arts, and (evidently) Currier himself. The piece was Currier’s idea–he wrote it first, then tried to raise money to put it on and hired the performers involved, including the orchestra. (Note: as a member of the volunteer chorus The Canticum Novum Singers, I did not receive payment for my performance.)

I have no idea who said what to whom backstage during the second intermission, so I have nothing to add on that front. I will add, though, that the length of the piece appeared to take both composer and orchestra by complete surprise, given that the written duration in the score was a mere two hours and five minutes. By the time Harold walked off stage to a smattering of tepid applause with a good twenty minutes or so of music still in the can, it was past the 2:45 mark.

The abrupt ending was merely the capper to a truly bizarre experience from start to finish. Currier’s piece, I thought, had some redeeming qualities: the orchestral writing was quite lovely in places, and rich textures and interesting harmonies abounded. But other aspects of the score were ill-considered at best and disastrous at worst. One of the prime offenders was the James Lovelock-inspired libretto, which was every bit as awkward to sing as Kozinn found it to hear. That was nothing, though, compared to the soprano choral part, which boasted literally pages of high As, Bs, Cs, and even Ds (Ds, people!) on text like “The violence of Hutton’s raindrop was equaled, if not surpassed, by the violence contained in a tiny genetic particle.” The piece featured well-performed but completely gratuitous cameos from the Shanghai String Quartet, Anne Akiko Meyers, dancers, and a banjo player. And, oh man, the solo parts….YIKES. All I can say is that Elizabeth Keusch is officially my hero for basically memorizing and then shredding that impossible score. (So impossible, in fact, that the original bass soloist had to drop out and be replaced on less than a week’s notice.)

There’s a reason that none of the people out there commenting on the situation, even Currier’s defenders, seem to have any idea what the actual performance was like. It’s because no one was there. Avery Fisher Hall has 2738 seats; Allan Kozinn’s estimate of 100 attendees, made in the course of a scathing review in the New York Times, was in my opinion rather generous. There were people getting up and leaving throughout, not waiting for intermissions or even breaks in the action. It was a toxic atmosphere in there, with the composer and his entourage occupying the prime seats and a sea of emptiness around them.

Given the work’s purported mission of raising public awareness about climate change, this was a colossal marketing failure on the part of Currier and his people, one that a complete performance would have done nothing to correct. It’s a classic example of what I call the “Great Institution Complex” that hounds many an artist and arts advocate alike. It’s obvious that the composer envisioned a much different scenario than the one that greeted him five years ago today. Perhaps recalling the story of how Philip Glass supposedly rented the Met for the first performance of Einstein on the Beach (he didn’t, but did accumulate an enormous debt from touring the opera in Europe), Currier clearly hoped that presenting his magnum opus at Lincoln Center would be his ticket to new music stardom in similar fashion. He devoted five years of his life and thousands of dollars in personal funds to making this piece happen, investing in the most prestigious halls and names he (thought he) could afford. Surely he thought the names will be huge draws. After all, who wouldn’t want to see Anne Akiko Meyers and the Shanghai Quartet and the Brooklyn Phil live in concert all at once? But see, that’s not how the music world works these days. People don’t go to Avery Fisher to hear some random concert without some sort of extra push. Performing arts organizations’ marketing departments spend hundreds of thousands of dollars providing that push, with press outreach, brochures, postcards, email blasts, and long-term high-touch relationships built up with actual subscribers and advocates. With those kinds of resources at one’s disposal, the actual location of a concert almost doesn’t matter. Without them, though, you have to work much harder to fill a space. Currier didn’t seem to realize that for the Brooklyn Phil, the singers, and all the rest, his magnum opus was just a gig. Handing them some money was not going to motivate them to tell all their friends, pool email lists, leverage their connections, or take any other steps that would have resulted in a better turnout. Inspiring them and building a community around the work was the only realistic path to the goal.

In the next phase of my art and public policy independent study, I’m going to look at the impact of “cultural palaces” like Lincoln Center on community development versus that of more organic, “natural” cultural districts. It’s fair to say that the top-down approach, the Avery Fisher model, has been the norm in city planning for the past several decades. But increasingly, researchers and policymakers are beginning to consider alternative ways of growing arts scenes within their constituencies, strategies that take community needs and existing resources into account. I hope that, if nothing else, the sad legacy of Gaian Variations can provide some helpful insights for cultural planners on the importance of building authentic, deeply felt community support for the fulfillment of grand dreams.