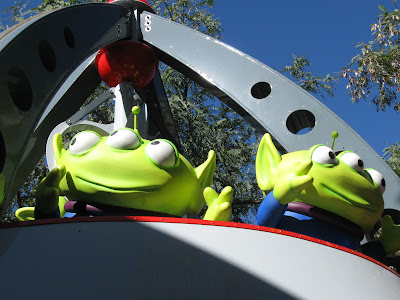 So, back in January my girlfriend and I went to Disney World. Neither of us had ever been before (though she was a veteran of both Tokyo Disney and Euro Disney). It was kind of an ironic journey; having been deprived of the iconic pre-adolescent suburban white kid experience growing up, we decided to claim our rightful heritage a couple of decades late, even if the chance for a photo-op with Chip and Dale might have lost some of its thrill in the meantime.*

Prior to this, I’d always viewed Disney with something of a jaundiced eye. The cloying sweetness of the cartoons and movies was only the beginning. I was skeptical, to say the least, of the Mouse’s infamous excursions into copyright law, its full-throated embrace of consumer culture, and more than anything its stranglehold on the message delivery systems reaching three generations of children. I still think these critiques remain entirely valid. Yet having stepped into the belly of the beast, I found myself forced to acknowledge another reality about Disney. Namely, that this is a company that explicitly celebrates creativity and imagination at every turn, from the theme parks (Disney World features both Tomorrowland and Future World in different parks, with attractions like Imagination! Pavilion and Innoventions) to the company itself (Walt Disney called his park designers “imagineers” and the park development division is titled Walt Disney Imagineering). 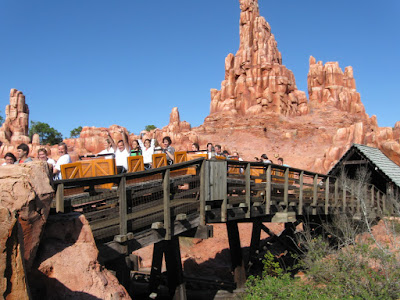 The rides themselves are triumphs of craft. The attention to detail in the landscaping, sound design, and engineering (nearly all of the major rides feature animatronic characters in prominent roles) is breathtaking. While many of the messages and themes now seem embarrassingly retro, the physical reality of the place itself can seem overwhelming. 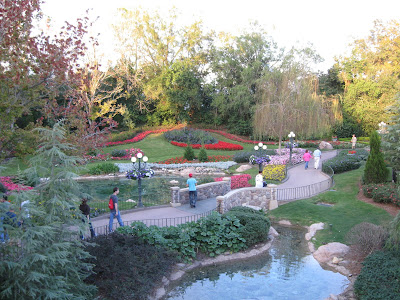 Our winding path to Orlando had taken the form of a gargantuan road trip down the entire length of US Route 1, starting at the very top of Maine. Route 1 takes a while, to say the least, so to ward off boredom and prevent homicides, we constructed a lengthy itinerary of offbeat tourist attractions courtesy of our AAA travel guides and the incomparable Roadsideamerica.com. Disney’s attractions acquired a wholly different meaning when viewed through the prism of other tourist experiences like the Carpet-Clutching Muffler Man (and his mysterious pants), the Mercedes Benz Grave, or Coral Castle. Perhaps more than anything, it made me think of the (P.T.) Barnum Museum in Bridgeport, CT, chronicling the life and works of one of America’s greatest impresarios. Were these not all examples of human aesthetic creation? I found it not so hard to imagine a far-future Disney World, long abandoned and subsequently reinvented as a historical time capsule, a voyeuristic peep into the strange lives of 20th-century creatures. Separated from its commercialism and cultural overtones, the creative achievement that is the park itself would take on a new light. A tourist might well find it of a piece with other American monuments to opulence such as the Lightner Museum we saw in St. Augustine, or the George Washington Masonic Memorial in Alexandria, VA. 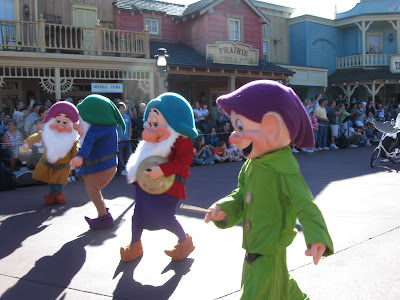 All of this begs the question: is Disney World art? I find myself hard-pressed to say that it’s not. Disney serves as a solid paying gig for numerous young actors with higher ambitions (like my former classmate Ali Ewoldt, who landed the role of Cosette in the Broadway revival of Les Miserables after a stint as Jasmine at Disneyland). It also hosts all kinds of legit performances on a regular basis, such as that of these Chinese students at Epcot Center. 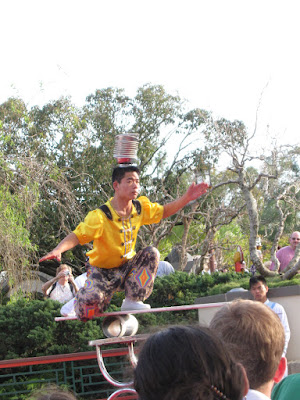 Regardless of what you may think about its taste or its aspirations toward cartoon hegemony, Disney’s identity as a creative industry is self-evident. Like it or not, Disney is a part of our family — even if it’s the weird uncle that no one wants to invite to Thanksgiving.

In his Wall Street Journal column expressing skepticism about the NEA stimulus (yes, you knew I would bring this back home eventually), Greg Sandow closed with the following observation:

The arts are going to need a better strategy. And in the end it’s going to have to come from art itself, from the benefits art brings, in a world where popular culture — which has gotten smart and serious — also helps bring depth and meaning to our lives.

This is an incredibly important point, one which I left unaddressed when I sought to rebut other things Greg said in that column. Now, I don’t imagine that Disney is exactly what Greg had in mind when he wrote that (he’s more of a Springsteen and The Wire fan). But in a way, I don’t think that matters. I happen not to be a big fan of Springsteen; I find his music pretty generic and his lyrics uninspiring. But Greg thinks that he’s the bee’s knees. He gets depth and meaning from Springsteen. I’m sure that other people get depth and meaning from Finding Nemo. Don’t snicker, because you know I’m right.

Greg’s column draws attention to, but never fully confronts, the 800-pound gorilla in the room: why bother subsidizing the arts when unsubsidized popular culture can also bring people joy, challenge their thinking, evoke strong emotions, or dazzle their senses? I think the answer is as follows. Yes, it’s true that popular culture can often do the same things as real “Art.” Some popular culture, Greg would argue, is actually better at doing those things than “Art.” So what? The fact is, not everybody reacts to art the same way. Think about it like this: if the only coffee in town was Starbucks, that might be good enough for most coffee-drinkers, and from an economics standpoint that is good enough. Starbucks makes a good product and they are efficient in their operations, therefore they should be rewarded with market share. But what about the minority who don’t like Starbucks? Shouldn’t they get to drink coffee too? There is a value to society in having a rich variety of choices for the highly differentiated tastes of the populace. Some of these choices will be more “niche” than others; some of them won’t readily pay for themselves because by nature they appeal to a few. But that doesn’t mean those choices don’t deserve to exist, or that those few don’t deserve access to the same kinds of transformative aesthetic experiences.