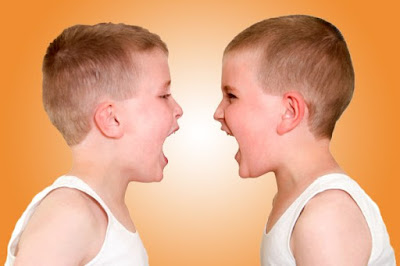 Sure enough, the ink hardly dried on the American Recovery and Reinvestment Act of 2009 before the predictable chorus of complaints could be heard regarding the inclusion therein of $50 million worth of support for the National Endowment for the Arts. Following a week of Republican mockery on the subject, one might have expected the bulk of these disapproving murmurs to come from the right. Yet as it turns out, in time-honored liberal tradition, the loudest critics of all are much closer to home.

Arts advocates, from Robert Redford to the president of New York’s Lincoln Center, are celebrating now. But I wonder, in a still, small voice, if this is really such a victory.

Tyler Green (in a post entitled “Fifty million reasons that a ‘victory’ is a defeat”):

The self-perpetuating NEA debate is a continuing admission of defeat by both progressives and cultural organizations. The right won: The NEA is timid and ancillary. Progressives have been cowed into failing to substantially supporting one of their most reliable constituent groups: Culture lovers and workers.

So culture lovers should give up on the NEA once and for all. The problem is, what replaces it and how should the federal government be engaged in and supportive of American culture? There is no ready answer.

So even my arguments for the funding — which I oppose because I feel our arts advocates are not thinking in terms of long-term, sustainable funding for the arts, preferring instead to act like pathetic paupers with their palms outstretched for alms — don’t make sense in this case because you can’t fall back on the economic impact argument if you’ve giving with one hand and taking away with the other. The federal government is just making up for state shortfalls. How awful. You won’t see our arts advocates talking about that, though. That would require them to develop a vision.

Wow, negative much? Look, I can understand the argument that $50 million isn’t enough. Newsflash: No one thinks $50 million is enough. Even Americans for the Arts (who led the charge for the increased funding) only claimed that the money would save 14,422 jobs out of more than 260,000 at risk.

But the notion that this somehow doesn’t represent a victory for the arts community is one that I just don’t get. What, exactly, is the glorious alternative? Yes, the NEA represents a tiny fraction of support for the arts in this country (0.3%, to be exact). But as of a couple of weeks ago, it’s one of the only arts funding bodies in the country, and almost certainly the largest, that is actually increasing its level of support in 2009. Including the stimulus appropriation, this year’s NEA payout is the highest in its history. Now, as Jacobs says, much of that new money is going to offset cuts in state arts budgets, and only partially at that. But that certainly doesn’t make it a “zero-sum game.” It’s not like the states are just taking money from the arts and using it as an excuse to shuffle it around to other parts of the budget, as Jacobs seems to imply. States are hemorrhaging money right now and as a result, cuts are happening everywhere. I’ve said it before and I’ll say it again: for the purposes of stimulus, a job saved is just as good as a job created. The NEA money will save jobs, period.

And if states are getting stimulus money from the federal government to offset cuts they’re going to have to make in other areas, why shouldn’t the arts be part of that? If anything, the arts should get support proportional to what they’re already getting from state budgets, which I’m pretty sure is not happening even with the $50 million.

Sandow seems to think that the stimulus money is dangerous because people will suddenly figure out that the arts are only for the rich and they pay their executives too much. Now, I like Greg a lot and have been following his work for years, but as a longtime follower I do feel entitled to point out that when Greg talks about “the arts” and/or “classical music,” he usually means major symphony orchestras and opera companies in the largest cities in the United States, because that is what he writes about. And of course their audiences are old and rich and their executives overpaid. But that is NOT all that the NEA supports — especially if you include the portion that goes to state arts councils, most of which ends up trickling down to smaller, local organizations that serve much more diverse audiences. But hey, thanks for handing our opponents their talking points.

As for Jacobs, he seems in love with this “long-term sustainable solution to arts funding” idea, since he mentions it in just about every other post. I’d like to think of myself as an arts advocate, and so I trust he won’t mind my taking umbrage at his characterization of us as “pathetic paupers” and lacking “vision.” (As an aside, later on Jacobs hilariously claims to “honor those who worked so hard to make that point [that the arts make good fiscal policy].” Yeah, that language certainly makes one feel “honored.”)

Jacobs argues, in a column I linked to a while back, that the annual NEA appropriations should be converted into a real endowment–you know, the kind that invests in the capital markets. This idea isn’t totally without merit, but there’s one rather gigantic problem with it. You remember how I said earlier that the NEA is one of the only arts funders out there right now that is increasing its funding levels? That’s because, in case you haven’t heard, capital markets are kind of in the toilet right now. At this moment, arts organizations are being hit from all sides: their own endowments are shrinking, the assets of the foundations and individuals that support them are shrinking, earned income is going down because people have less money, and state governments are cutting back because of reduced tax revenue. In such an environment, the federal government is the only entity in the country that has the power to step in and do something to stop the bleeding — that’s the whole macroeconomic argument for the stimulus in the first place. In other words, the NEA is an important diversifying funding stream for the arts, one of the few that can be countercyclical to the general economy. Put all of its money in stocks and bonds, and you lose that crucial differentiation.

Jacobs’s charge that arts advocates lack “vision” appears to be rooted in the idea that eventually, we’ll have to pay down the national deficit, and at such time those appropriations will have to be reduced. In other words, there is risk that arts funding will decrease from one year to the next. But hello! Isn’t that exactly what would have happened this year if the NEA money had been in an endowment? At least this way, the government retains the flexibility to make decisions about funding levels. Anyway, freaking out about the budget deficit implications of a program as small as the NEA is disingenuous at best. The Pentagon blows through more money every two and a half hours than the NEA does in an entire year — and that’s without even counting the wars in Iraq and Afghanistan. In any case, it’s unfair to assume that the folks at Americans for the Arts and other service organizations are not thinking long-term. Changing the conversation about an issue like this takes a long time, especially when there’s not an easy way to draw media attention to it. But mark my words, it is happening. The establishment of creative economy-related posts, studies, and task forces in local, regional, and state governments across the country is a testament to this. How many of them existed ten years ago?

I don’t think that the economic argument for the arts is enough on its own — on that Greg and I agree — but I absolutely think that it has been and will continue to be helpful for advocacy purposes. In a follow-up post on his blog, commenter Ellen Rosewall made this compelling observation:

Economic impact is only one of the practical, measurable benefits of the arts included in arts lobbying positions. Others include community revitalization, educational benefits, benefits to the 21st century workforce (by nurturing creativity), quality of life, human development, tourism and community pride. It is not just the economic impact (after all, hotels and football teams and conventions all have economic impact) — it’s the total package. After studying the impact of the Massachussetts Museum of Contemporary Art in North Adams, economist Stephen Sheppherd concluded that while other industries may provide economic development OR tourism benefit OR educational benefit, no other industry but the arts had the capability to provide a range of benefits, and not just to participants but non-participants as well.