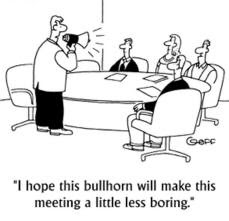 I’ve been following the story of GiveWell pretty closely for about a year now, and continue to find the organization a seemingly inexhaustible source of entertainment and life lessons all wrapped up into one. In case you’re joining us late, GiveWell was started in 2007 by a couple of young hedge fund refugees who were interested in creating an evaluative service for charities that would focus on impact, rather than more superficial measures like overhead ratios. One of GiveWell’s key differentiating factors was its commitment to transparency, which included posting all records (including board meetings) online, as well as the founders’ in-depth evaluations of every applicant to the organization’s grant funds. They managed to raise a bunch of money from their network, publish some research, and get some mainstream press in a very short period of time, but ran into a snag when the founders were caught manipulating multiple identities in a few online communities in an attempt to drive more traffic to the site (shades of John Mackey), thus drawing a lot of negative attention to themselves. This summer, I wrote about GiveWell’s efforts to get itself back on its feet and gave Holden Karnofsky and Elie Hassenfeld props for what appeared to be a well-thought-out self-evaluation of the first year’s progress that was published on the website. (pdf)

GiveWell has published a new “steady-state” vision document describing where the founders see the organization in 3-6 years. For the most part, it appears to be of the usual high quality, grounding its assumptions in comparisons to other relevant service organizations targeting donors and the philanthropic community such as Center for Effective Philanthropy, Guidestar, and Network for Good. I did want to draw attention, though, to one section of the plan which threw me for a loop:

All figures are inclusive of payroll taxes and benefits.

Other expenses will include:

Total expenses will be around $1.7 million per year.

Whoa, whoa, whoa! Okay, so the fact that the two founders plan to pay themselves nearly a third of a nineteen-employee organization’s budget is one thing. I thought that was kind of ridiculous, but then I checked out the 990s of some of the organizations they’re comparing themselves to and found numbers that were more similar than I expected, though never TWO employees making $200k or more on that small a budget (and certainly not three making >$150k). What’s more worrisome is that last line there. They plan on having five “administrative/support associates”—for, I don’t know, executive assistants for each of the top three moneymakers plus a receptionist plus an extra person for the development department?—making $35k a year INCLUSIVE of benefits and taxes. That means their actual salaries would be in the mid-twenties. In 2014. In New York City (presumably). Sounds to me like a great recipe for having to hire all five of those positions every single year, if not more often than that. I also think they underestimate their non-personnel expenses (where’s software? hardware? do they plan on having their own T1?), but whatever, they have time to figure that out.

As mentioned earlier, GiveWell’s Board meetings are available for download in audio format through November. They are long, often dragging past the two-hour mark, but having invested the time to listen myself, I highly recommend them for anyone interested in social psychology, organizational behavior, or just plain old good theater. I swear someone is going to write their dissertation on these someday. There’s just so much to dig into—everything from gender politics (all but one of the board members are male, as are the two staffers) to evaluation techniques, communication styles, the clash between formality and familiarity, and on and on. Each of the first four meetings of 2008 are full of dramatics, but perhaps none more so than the one on September 8, when Holden petitioned the Board to regain his former positions as Executive Director and Board Secretary. Besides the introduction of a new board member (who clearly got a baptism by fire with regard to the personalities in the room), the meeting audio features a “closed” Board-only session which was inexplicably left on the tape, meaning that you can actually hear them talk about their opinions of Holden and Elie behind their backs. Upon returning to the room and hearing the Board’s determination to continue withholding the Executive Director title, Holden and Elie blow up in frustration, with Elie (who had just been admonished by his colleague and the Board to “speak up” more) forcefully declaring the decision “dumb” and Holden getting into it with his former boss. It’s so amazing! It’s philanthropy’s own reality radio show—Board Room, starring the lovable egomaniac supergeniuses of GiveWell. And unlike a Mark Burnett production, this one is (mostly) unedited. Tune in next month when two new board members from the finance industry get added, one of them as Vice Chair! Get the popcorn ready!

Recently, GiveWell’s founders announced with what I can only imagine was much satisfaction that the William and Flora Hewlett Foundation had awarded them a $100,000 grant through its Philanthropy program. This is the most high-profile acknowledgement that GiveWell has yet received from the philanthropic establishment, and having worked across the hall from those folks this past summer, I know that it could not have come easily.

The thing that fascinates me about this grant is what a risk it represents, and what it says about the Hewlett Foundation for taking it. It’s not just that Give
Well is a start-up. It’s a start-up founded by two employees with zero previous experience working in the nonprofit sector, and a board that is very thin on sector expertise (the more so since Lucy Bernholz left recently). It’s also a start-up that has been without an executive director for over a year, ever since the Metafilter mess—more than half of its lifespan to date. Not to mention one that, two months after announcing that 80% of its time should be spent on fundraising (or “pledge-raising,” as they called it) and 20% on research, decided that, never mind, the breakdown should be 80% research and 20% fundraising! Paul Brest, Hewlett’s President, likes to talk about risk and has said that “foundations should be society’s risk-takers.” Well, I tip my hat to Paul and the rest of the team for putting their money where their mouth is.

Now, of course, none of this acknowledges the upside that lurks behind that risk. Karnofsky and Hassenfeld are unquestionably brilliant young men, and Karnofsky’s outsider perspective and dogged insistence on questioning everything—everything—remains a welcome tonic to a sector that can be insular and frankly takes way too many things for granted (welcome, I imagine, until you are the one being questioned!). And harsh as the criticism they dish out may be, no one can claim that they can’t take it, or that they are afraid to change course in midstream as a result. Far better to make an adjustment as soon as you realize something isn’t going to work, as they did in the case of the balance between pledge-raising and research, than to keep pursuing a flawed strategy and hope no one notices it’s failing. I recognize this same trait in the management of Fractured Atlas, an organization I have come to admire very much, which will drop programs without a second thought if they prove to be unsustainable over the long term.

So here’s hoping (in all sincerity) that Hewlett’s investment will bear fruit for the field and, by extension, for the world. I just wouldn’t want Holden and Elie to declare war on poverty in the developing world, only to find it lurking in their own office. And please….keep those downloads comin’.