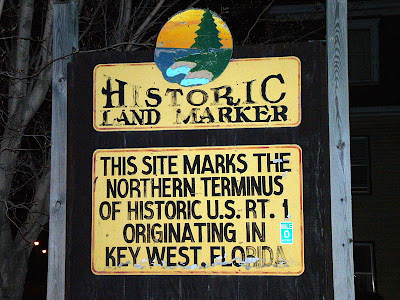 I’m writing from lovely Caribou, ME, where my girlfriend and I are resting after the first day of a rather quixotic quest to travel the entire north-south length of US Route 1. The towns of northern Maine are, shall we say, sleepy in the winter; we have the run of our B&B since we are the only guests here tonight. (Just like the Bates motel — three rooms, three vacancies. Well, without the murders and so forth, one hopes.) According to the innkeepers here, we are not the first to undertake this journey, but perhaps among the few to do so in a Corolla — most of the rest are on motorcycles. Assuming all goes well, we’ll get to Key West by the first week of January and hit up Disney on the way back.

In the meantime, here are some arts/business links.