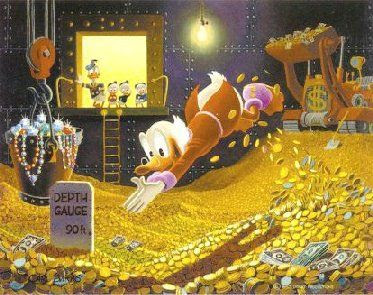 The Harold and Mimi Steinberg Charitable Trust has come under some criticism recently for its decision to give the first $200,000 Steinberg Distinguished Playwright Award–aka the “Mimi”–to “Angels in America” creator Tony Kushner, already the recipient of a Pulitzer, an Emmy, and two Tonys. The Times story indicates that publicity is an explicit goal behind the big cash award:

“We wanted to make a splash,” said William Zabel, who is on the board of the Harold and Mimi Steinberg Charitable Trust, which is issuing the award. “We want people to realize the theater is important, and that a playwright who gets the award is important to our society and our culture. We wanted to create something that was really significant, like the Pritzker Prize in architecture or the Pulitzer in journalism.”

I’ve argued for some time on this blog that big awards to individual artists, especially established ones, is a poor use of philanthropic dollars. My reasons mainly have to do with the opportunity costs involved: how many worthy organizations could have been supported, how many performances could have been made possible, how many jobs/gigs could have been created with that $200,000 that just went to one of the most successful playwrights in the country? Kushner says he’ll put the money away to “buy [him] time to work on plays,” which to me sounds like that money will primarily be going toward mortgage payments and other sorts of things that successful people spend money on.

But Terry Teachout, writing at the Wall Street Journal, has another good point about these types of awards: if their primary goal is getting attention for the giver, they don’t tend to be very successful at that either.

So what’s going on here? The answer, I regret to say, is embarrassingly simple: The Harold and Mimi Steinberg Charitable Trust, of which you probably hadn’t heard until you read the first paragraph of this column, is longing to dance with the stars. Prior to this year, the Steinberg Trust had given away $40 million to a hundred-plus nonprofit theater organizations, which is good but unglamorous work. It also underwrote the Steinberg/American Theatre Critics Association New Play Award, yet another worthy undertaking of whose existence you’re almost certainly unaware. By establishing what they proudly describe as “the largest theater honor of its kind,” the trustees presumably think they’ll be buying themselves a much higher profile in the world of art.

In the long run, of course, the prestige of the Mimis will depend on who gets them. In the short run, however, the Steinberg Trust is about to learn that in a pop culture, no amount of money is large enough to make an egghead famous, much less the group that gives it to him. Question: Can you name off the top of your head the last five playwrights who won the Pulitzer Prize? Answer: Don’t make me laugh. (I had to look it up, and I reviewed all five of their plays for the Journal.) Had Mr. Kushner been given a million dollars instead of a paltry $200,000, the headlines would have been twice as big, but their half-life wouldn’t have been a minute longer.

The Steinberg Trust might very reasonably think that they have done pretty well here on the PR front. After all, they succeeded in placing stories in the New York Times, the Wall Street Journal, and the New York Post about their award, to name just a few. The theater world is buzzing about it. While they may not have clawed themselves to the top of the heap, the Mimi will unquestionably be looked at as one of the premier awards in its field from this point forward, like the Grawemeyer in music composition or the MacArthur “genius” grants. But in a world of six-hour news cycles, the idea that the average person (or even a highly-educated person) would somehow “realize the theater is important” because a heretofore unknown organization gave one person a nice sack of cash is absurd. People “realize the theater is important” because they have transformative experiences attending theater events or, more probably, because they participate in theater at a young age. Giving $200,000 to Tony Kushner accomplishes neither of these things.

Incidentally, while I tend to take a rather jaundiced view towards awards to individual artists in general, it is the largest of these–the aforementioned MacArthur Fellows Program–about which I feel least negatively. Maybe it’s because the amount ($500,000, to be paid out in five yearly installments) actually is enough to make a huge difference in an emerging artist’s life. And that “emerging” part is important. While there have been the fair share of head-scratchers among the MacArthur Geniuses in recent years, at least the selection committee (which operates in total secrecy) isn’t afraid to eschew the obvious choices. As Darcy says,

But — if you will allow me to channel Captain Obvious for a moment — half a mil over five years makes an enormous difference to a 31-year old musician [Miguel Zenón] who is still largely unknown even to most Down Beat subscribers — let alone the musical community at large. All of a sudden, Zenón has the freedom to not devote every single waking moment to figuring out how to hustle up this month’s rent. All of a sudden, he has options. He can pick and choose his projects. He can afford to turn down lucrative but artistically unrewarding gigs. He can afford to take more than three days in the studio to record his next album, and he can make that record as expansive and ambitious as he chooses. He can decide how much or how little teaching he wants to do. He can go anywhere in the world to research indigenous music and play with the locals. Or he could flee the NYC perma-hustle and spend a few months in remote isolation. Whatever his choices, the important thing is that now he actually has them. The MacArthur Fellowship is going to have a profound impact on the nature of the work Zenón is able to pursue over the next five years, and probably well beyond. It seems to me that this ought to be the whole point of handing out these kinds of big-money awards — to reshape the artistic landscape by vastly expanding the opportunities available to artists who are still struggling, every day, just to be heard.

At the end of the day, though, I see no reason why artistic awards to individuals should be exempt from the same sort of rigorous evaluation as every other category of philanthropic activity. Money is money, after all, and even if you have to get creative about how you work with the numbers in order to gain meaningful information from them, investments of this magnitude should be justified by more than faith and good vibes. The artistic community deserves no less.