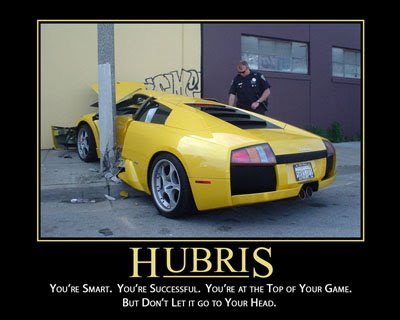 When we last left GiveWell, the donor education startup was riding high on the strength of a successful media campaign resulting in a feature story and chat in the Chronicle of Philanthropy, and later, coverage in the New York Times, New York Magazine, CNBC, NPR, and other outlets. The young organization, led by ex-hedge-fund twentysomethings Holden Karnofsky and Elie Hassenfeld, was philanthropy’s new kid on the block, and the rest of the field was beginning to take notice. And then this Cinderella tale took a decidedly bizarre twist: the day before New Year’s Eve, Karnofsky, identified only by his middle name Geremiah, posted an entry on the popular general interest blog/online community MetaFilter, asking for recommendations for year-end giving. A few minutes later, he logged back in using a different account and answered his own question, pointing readers to GiveWell. As the conversation continued, Karnofsky actually logged in again as the original poster and got into it with one of the site administrators who disagreed with his sock puppet. At this point, the administrator discovered out the ruse (which wasn’t exactly subtle on Karnofsky’s part) and publicized it, provoking a massive firestorm of criticism which you can read in all its gory glory here.

Karnofsky made an appearance in the thread very quickly and immediately apologized, but it only delayed the inevitable. As more and more users dug up examples of similar behavior on other sites, MetaFilter community members began to self-organize around exposing GiveWell for the fraud they believed it was. They flooded the GiveWell blog and those of board members with hostile comments; they emailed the reporters who had published glowing profiles of the organization in the previous month, resulting in several follow-up stories covering the controversy; and they kept up pressure in whatever ways possible. GiveWell’s Board called an emergency meeting to discuss the events of the previous week, which ended with the demotion of Karnofsky from his position of executive director of the organization he founded.

Ironically, due to GiveWell’s commitment to total transparency in its activities (the very commitment that Karnofsky and Hassenfeld ignored so blatantly), this board meeting, like every GiveWell board meeting before and since, was recorded and posted on the website in essentially its entirety for anyone to download and listen to. It’s an utterly fascinating study of a pivotal, excruciating moment in time for a young organization, and it’s available here.

It’s fair to say that a lot of people thought that the MetaFilter incident would (and should) sink GiveWell entirely. The “Give Well, or Give ‘Em Hell” thread is still the #4 Google search result for “GiveWell.” I ran into someone at a party this week who confessed to being a semi-regular MetaFilter contributor, and when I mentioned GiveWell his response was, “oh yeah, that thing that turned out to be a hoax, right?” The people that I tell this story to, across a number of personal and professional contexts, almost always tend to view it in pretty stark terms, dismissing the entire project with a laugh and the main characters as jokers. I must say that my own feelings about it are considerably more complex. To be sure, I found the ethical lapses disturbing, the more so because it was such a stupid thing for such smart people to do. But I was also dismayed that these events threatened to critically injure, if not destroy, what looked to be in many ways an extraordinary project. The fact is, the major themes of the GiveWell experiment are the same things that people on the cutting edge of philanthropy talk about all the time: increased transparency, sharing knowledge, developing clear and consistent metrics to evaluate impact. Obscured by all the hype and drama is the actual product of a year’s worth of full-time research, documented obsessively to a degree almost never seen in public (here’s just one example). And while the founders’ lack of experience in philanthropy (not to mention the nonprofit sector) is often cited as a criticism, particularly since said founders pulled no punches criticizing other nonprofits, the fact is that a fresh perspective was probably needed in a field that rarely hears from Generation Y.

To the credit of those involved, the organization is doing its best to move on. It’s hard not to be impressed by the recently-posted year in review document (pdf), which confronts the MetaFilter story and places it in the context of the rest of the organization’s activities. The “About Us” section now even includes a sidebar entitled Our Shortcomings which goes into great detail about mistakes that were made and the lessons learned from them. To dismiss GiveWell on the basis of the MetaFilter incident is to ignore a tremendous teaching tool, a gold mine of lessons on hard work, on hubris, on rigorous analysis, and on honesty. I’m looking forward to seeing what else is in store.