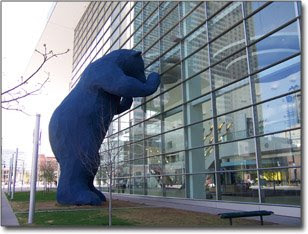 [My apologies for the delay in posting these; it took a bit longer than expected to get consistent internet access here.]

I’m here in Denver for the National Performing Arts Convention, an event bringing 4,000 artists, organizations, businesses, and patrons together for a conversation about collaboration and advocacy. Despite a rather harrowing trip here (my plane was delayed some five-plus hours due to weather conditions around New York), it’s an exciting and somewhat overwhelming feeling to be a part of this. My nametag lists me as being from “Music with a Capital M,” but I am unofficially here as a current business school student and a future grantmaker. So far, I’ve let my anti-social tendencies get the better of me a bit (I already spent an hour catching up on email at lunch), but I’m looking forward to getting into my networking groove as the conference wears on.

Some thoughts from the first few hours thus far:

That’s it for now, will have more later!

“Food is always at the intersection of art and community.” – Bill Rauch.